Another National Park Service (NPS) site that was open during the January 2019 government shut down was Waco Mammoth National Monument in central Texas. This is another site that is still being managed by the local government and Baylor University, as arranged when it was named a national monument in 2015.

Because this site has their booklet online I was able to print out several pages in advance of my visit and complete them before arriving. This helped to save time while heading home after being on a road trip for almost two weeks. In advance I completed the word search and a crossword puzzle, both had word banks.

While onsite I went on the tour, on a quiet Saturday morning I was the only one on the tour. Ranger Summer was an excellent tour guide, currently a volunteer and college student with plans to become a NPS Ranger. My favorite part of the tour was learning that two boys discovered the first of the Columbian Mammoth bones while exploring the creek bed. Luckily the families took the large bone to Baylor University in 1968. Those boys, now grown men, still live in the area and at times participate in tours. The building covers the massive bone field with some skeletons exposed and fairly complete. The Columbian Mammoth was much larger than the Wooly Mammoth. 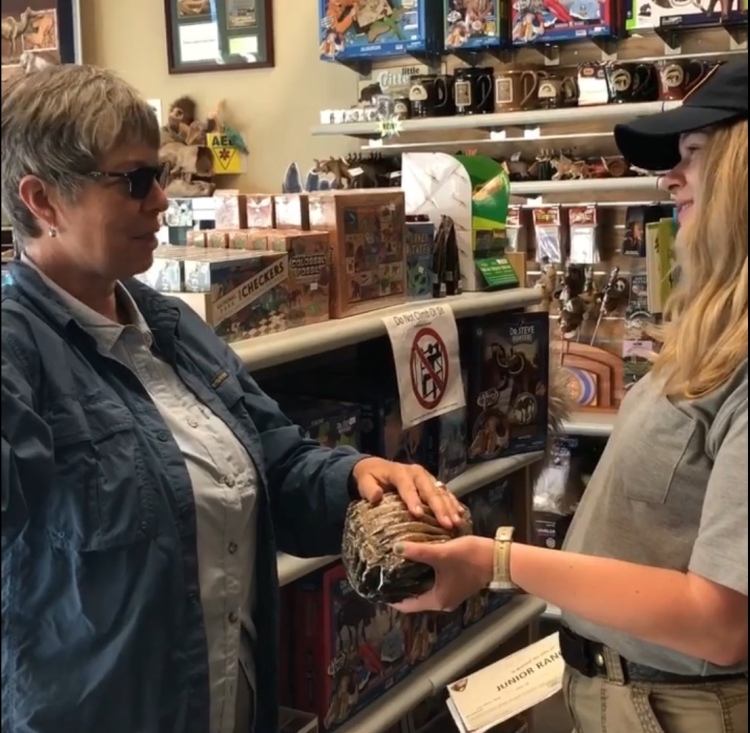 As always I enjoyed the scavenger hunt and interviewing a ranger, both favorite activities of any junior ranger program. Upon completion of the ten activities and review by Ranger Summer I was sworn in as a Junior Ranger. What was unique about this ceremony is my hand was placed on Mammoth tooth (replica), how cool! I received their enhanced Junior Ranger badge depicting their signature Columbian Mammoth.

Where Have I Been